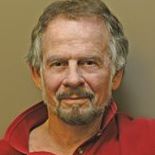 Brukoff has now moved to the digital darkroom. His work is printed archivally withEpson Ultrachrome K3 Ink on MUSEO SILVER RAG FINE ART DIGITAL PAPER. He feels that using digital technology has given him the level of control and expertise which now affords him the highest level of quality for his printmaking.While still working in the traditional darkroom he developed a series of images which he has chosen to refer to as “Bronzetone” , as they are an alternative process which he discovered and has now been able to re-create in the digital darkroom.

Preferring to work in a selection of discrete series, exploring a wide range of subject matter, his work is related to painterly concerns. Prior to 1985, Brukoff pursued dual careers in painting as well as photography. Abandoning painting has enabled him to more fully explore various facets of photography. In 1986, he began to experiment with the diptych and triptych forms as a way to continue to explore large-scale work in color as he had done in painting.”Brukoff is one of the few photographers we have represented who is quite comfortable working in both black-and-white and color as well as his alternative process “Bronzetone” prints.
Joe Folberg Vision Gallery San Francisco

Many of his series, although literal images, reflect the eye of the abstract painter. As expressed in a review by Photo District News, “…these photos …do undeniably have something special in them, something more beautiful and mysterious that is quite hard to define. Perhaps it is his sense of light, which is extraordinarily fine in both day and evening… so many of his photos feature both sun and shadow, always giving rise to the feeling that
there is something wonderful half-hidden there in the dark ….”

TURKEY – Photographs by Barry Brukoff, author to be determined

MONOGRAPH – Photographs of Corbusier’s Ronchamp Chapel, text to be determined